Situated on the edge of London’s Kensington Gardens, the Royal Albert Hall – that internationally respected bastion of music - continues to mark its 150th anniversary through special events to the end of 2023. 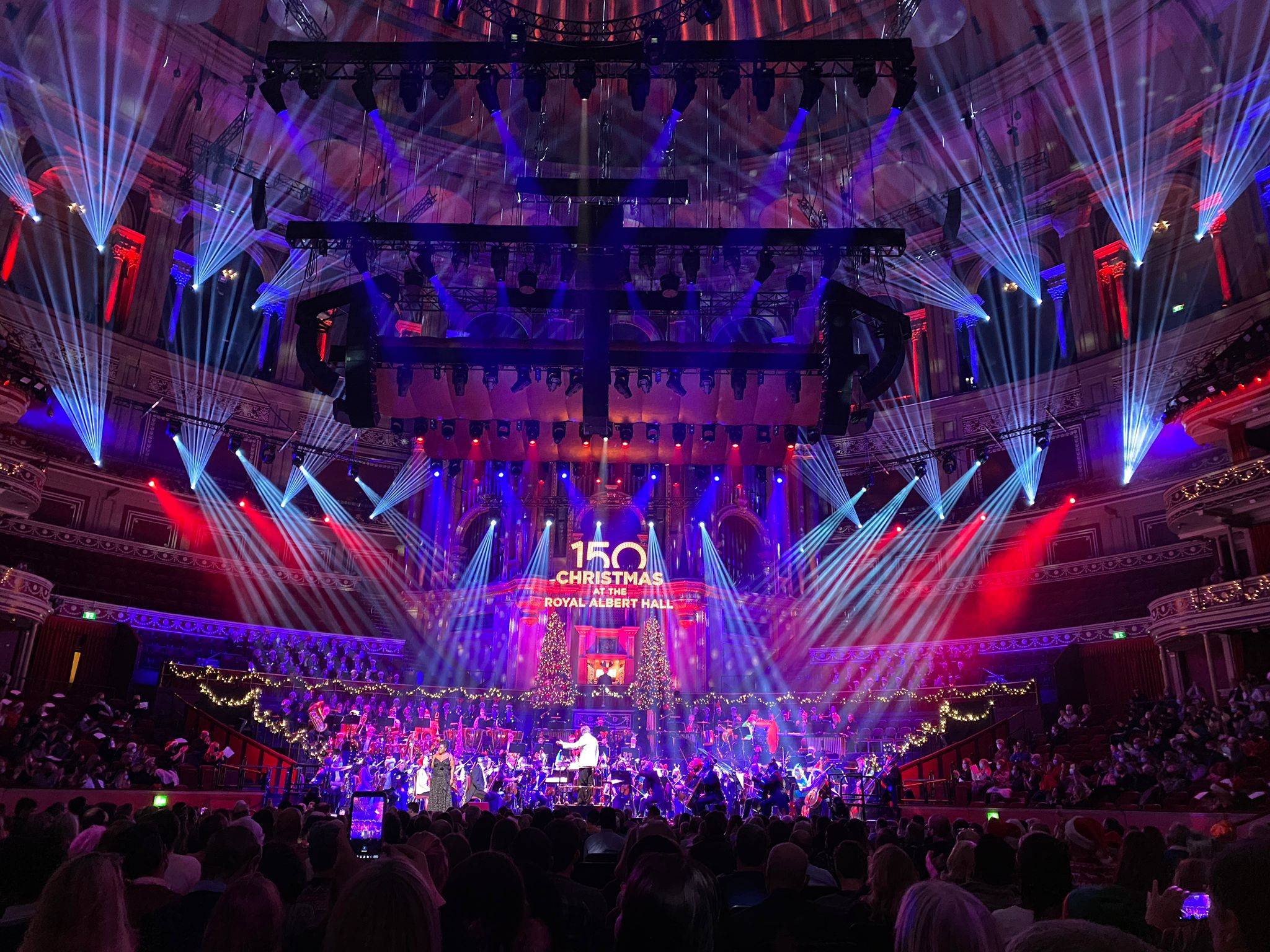 The truly iconic venue, which hosts over 390 shows a year including classical, rock and pop concerts, ballet, opera, awards ceremonies, charity performances and banquets, many of which are televised, is now fully equipped with 4 MDG ATMe haze generators, supplied by TSL.

The RAH lighting team initially invested in two of the industry-leading ATMe generators in July 2019 before adding another two in November of the same year. The ATMe haze generators are in almost constant and exclusive use with two freestanding machines located on stage and two permanently installed in custom flight cases on the stage edges at circle level.

“Good haze is particularly important at the Royal Albert Hall,” explains RAH lighting designer, Richard Rhys Thomas. “When lighting a concert there is no scenery, and often little or no video, so the lighting becomes the scenery. It forms an important part of the overall look, so you need good haze to show the beams from the roof to ground level.”

The procurement of MDG generators had been on the RAH’s agenda for some years following consultation with Matt Wiseman at MDG UK. “As we built up our lighting service with new fixtures, we realised the thing we were lacking was good quality haze,” he explains. “We had an amazing rig, but if you can’t see the beams, it doesn’t matter how good the lights are!” 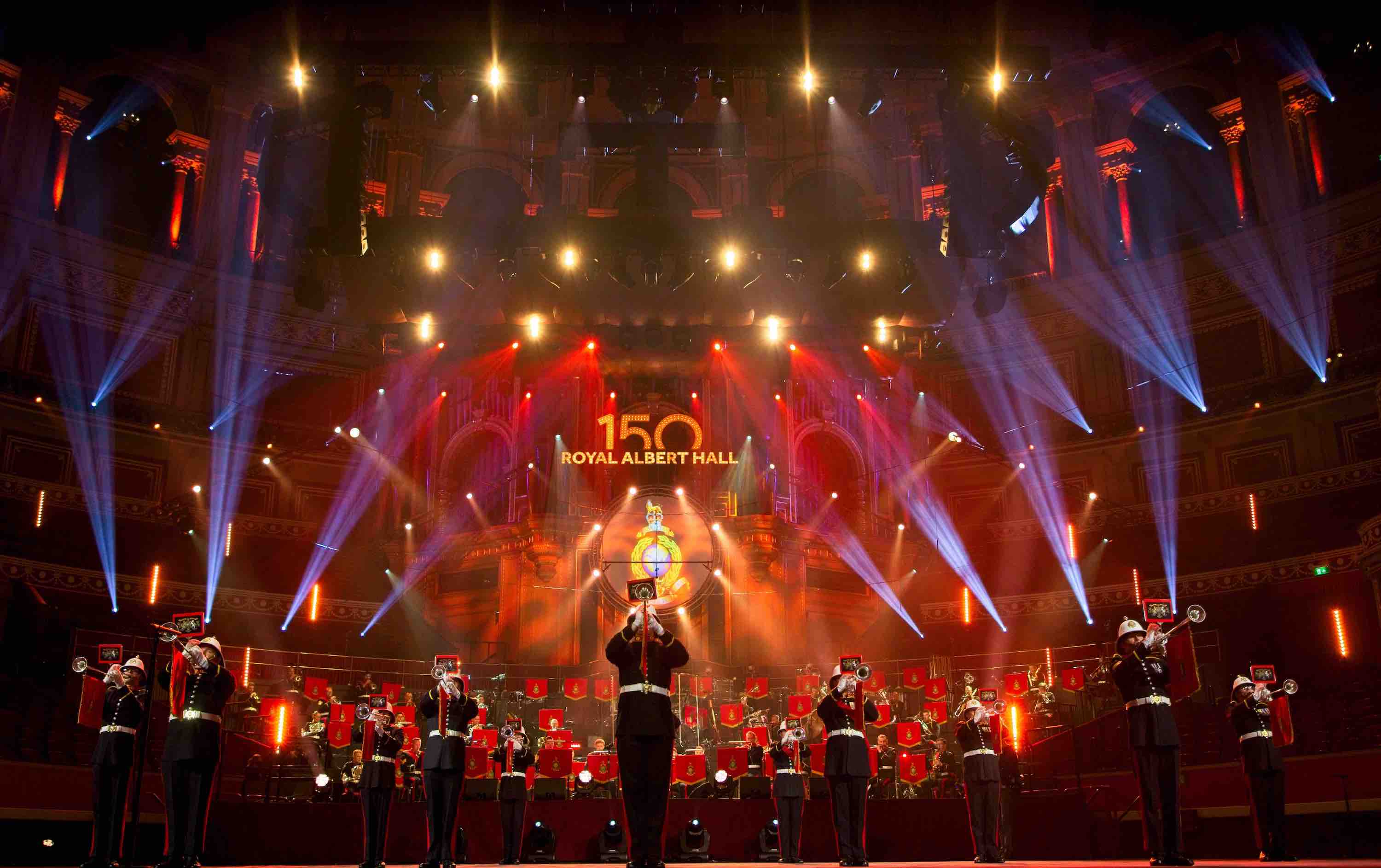 The team was also getting comments from incoming lighting designers about how the haze distribution was affected by the auditorium’s antiquated air cooling system which pumped in fresh air from beneath the arena and stalls. “This meant the haze on stage got pushed upwards, so we would get a nice haze in the roof but not on stage where you need it!” says Thomas. “We had to do something!”

Like most public buildings worldwide, the Royal Albert Hall did not escape closure during lockdown but this dark time was turned to advantage, enabling the acceleration of a programme to install additional airflow units. “With the new system, cool air now also gets pumped in from above, so this helps us achieve a nice smooth, even coverage of haze, but it is largely due to the MDG machines and their particle size and type of fluid which has made it all come together in such a nice way,” states Thomas. “MDG haze is so fine that you really don’t see it until you put strong beams through it, which is how it should be.”

With the RAH’s previous haze machines, complaints about the ‘clouds of smoke’ and the smell were all too common: “If the source of the haze is very visible, the perception of it is raised which tends to generate a psychosomatic response that can affect the comfort of the audience and the artists,” explains Thomas. “Since we’ve had the ATMe generators, we have no ‘clouds of smoke’ and no negative comments!”

The new ATMe generators are operated from the lighting console and have proved very efficient in terms of fluid use. “We found we don’t need to run them very high at all to get a nice even coverage. And if we need a bit more, we can simply push them up a bit and they fill the (very large!) space very quickly. We run a careful management programme to keep their fluid supply topped up and they are all sited in positions where the bottles can be easily changed during a show without interruption.”

Thomas is also impressed with the quietness and reliability of the MDG generators: “They run very quietly which is very important for a lot of our shows, both in the auditorium where they are quite close to audience, and also on stage where they are close to orchestras, microphones, television cameras, etc.

“We are very happy to have finally got our MDG haze machines. I’ve lit many shows here now and can remember when you just didn’t know if you were going to have good haze or not. It could be cloudy or up in the air – there was no certainty to it and no guarantee. It was very disappointing to put so much work into a design for it not to be realised to its full effect. Now we can guarantee good results and it is very satisfying to know we have that level of quality there at all times.”