MDG is very happy that its ICE FOG Q HP low fog generator has been chosen by Philip Marfleet of Marfleet Events to tour with Il Divo and provide the atmosphere for a very special moment during the show. 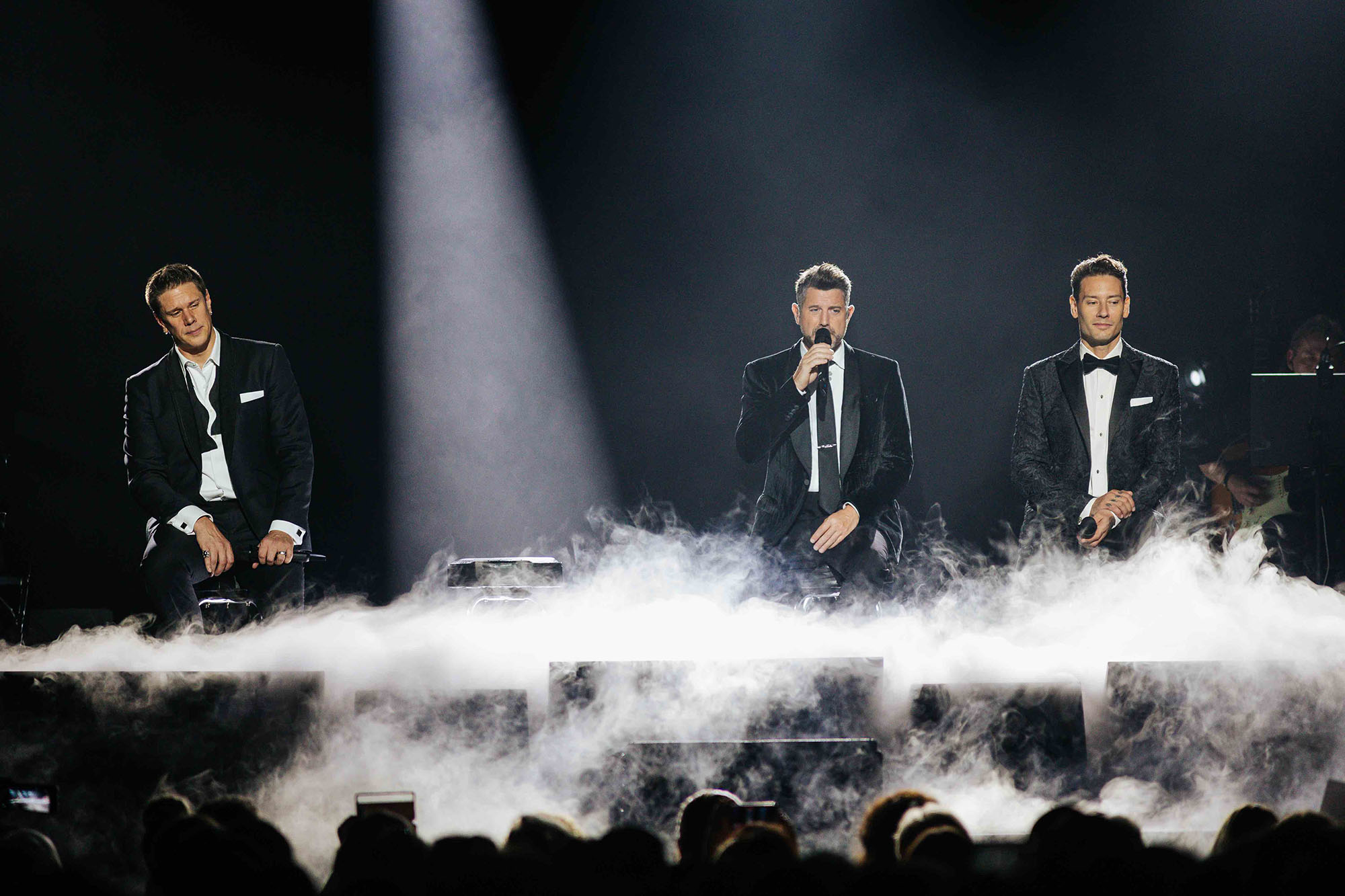 Il Divo, the multi-national vocal quartet, have had the same line up for the past 18 years until, sadly, founder member, Carlos Marín, passed away from Covid last December. The group had been part-way through their Motown-themed tour, For Once in My Life, and, after much heart-searching and encouragement from their fans, decided to continue the tour and rearrange it to honour their long-term friend.

The reconfigured tour, renamed Greatest Hits Tour, began in February and will continue until December – a total of 105 international dates in 2022 - with more to come in 2023.

In tribute to their friend, the group dedicates a song Hallelujah each night to Marín, during which time the remaining members sing ‘with’ him, and the stage is filled with a generous amount of low fog supplied by the ICE FOG Q HP.

“The moment when IL DIVO sing with Carlos one last time is such an instrumental part of the show that it is important we can guarantee a good result with that effect every night,” says tour and production manager, Philip Marfleet. "We chose the ICE FOG Q HP after the US leg of the tour where we had used a variety of rental machines from different manufacturers according to equipment availability. But these gave variable performances and the majority of generators couldn’t give us a consistent, satisfactory result in the way the ICEFOG Q HP could and SILENT".

On returning to Europe, it made sense for the tour to travel with its own fog generator and Marfleet purchased the ICE FOG Q HP from White Light which was able to turn the order around and ship it to Madrid in just 3 days.

“We were so happy to have been able to help Il Divo get the MDG machine they needed on a fast turnaround with the help from Matt Wiseman of MDG UK and to ship it in time for their first European date at the end of June,’ says White Light’s Business Development Manager, Jonathan Haynes.

“Having experienced so many low fog generators by then, we chose the ICE FOG Q HP because of its speed and its ability to go from nothing to a full stage very quickly,” explains Marfleet. “This means we are able to get the effect in place right from the start of the song instead of having to build it slowly, and it dissipates quickly afterwards so that it has gone by the time the lights are restored after the song’s closing blackout. 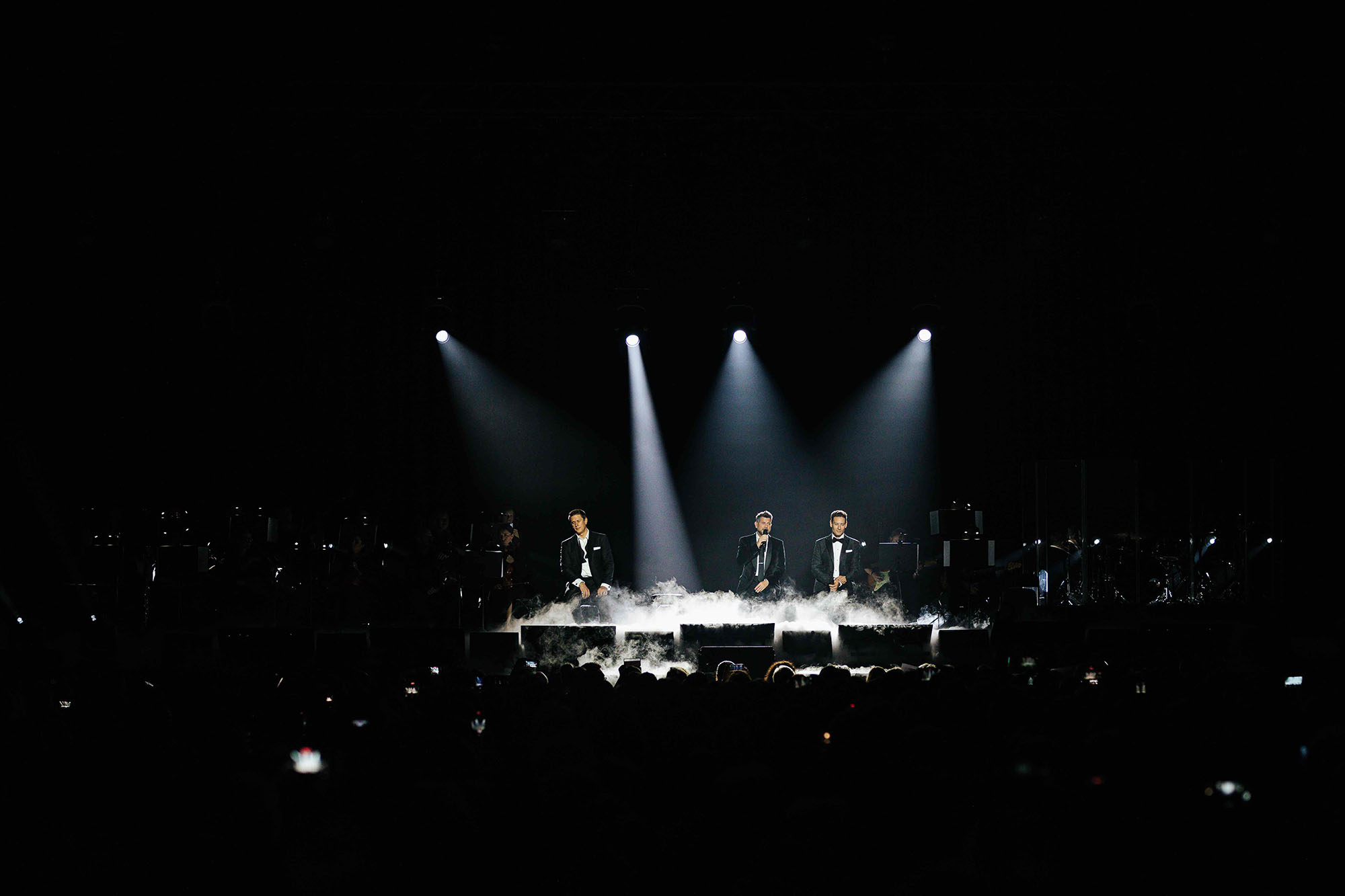 “The ICE FOG Q HP is also super-quiet, which is extremely important as, for most venues on the tour, the machine is actually on stage just a few metres behind the orchestra with no drapes between them to shield any noise.”

White Light supplied the ICE FOG Q HP with a 2-channel DMX controller which enables the generator to be controlled directly from the lighting console. However, it is also possible to control it locally which stage management chooses to do in some venues. “We can set a long delay before the gas comes on and use the ICE FOG at its lowest setting, then the stage manager can just switch it on at the start of the song and off at the end - it’s that simple,” says Marfleet. “The gas is sourced locally at each venue and has presented no issues at all, and the fluid consumption is minimal.”

The ICE FOG Q HP’s rolling flight case has proved very useful for moving the generator daily on and off festival stages and into the back of a truck for the next show. “From dusty Spanish fields to cobbled town squares, it takes all we can throw at it, and we’ve had some really good effects from it outdoors during our summer dates in Europe,” says Marfleet. “Wind is always an interesting factor of course, but on a still night it looks beautiful!”

Il Divo Greatest Hits Tour begins another leg of its European tour with dates in the UK, Norway and Spain in December, before heading for more dates across the USA and the rest of the world next year.