Lighting designer/director, Brian Jenkins of Flicker Designs, who has worked with Maroon 5 for nine years, specified two of MDG's award-winning, dual haze and fog generators - aptly named, theONE™ - for the band’s 2020 tour before it was postponed due to the pandemic.

After an 18-month enforced break, the tour resumed last summer with the band visiting many of North America's largest outdoor amphitheatres playing to 15,000 – 30,000 capacity crowds.

Rehearsals for the 8-week tour, which was in support of the band’s seventh studio album, Jordi, started in late July with the first show slated for 10th August 2021 at the White River Amphitheatre in Auburn Washington. The final date took place in October at the Concord Pavilion, Concord California. 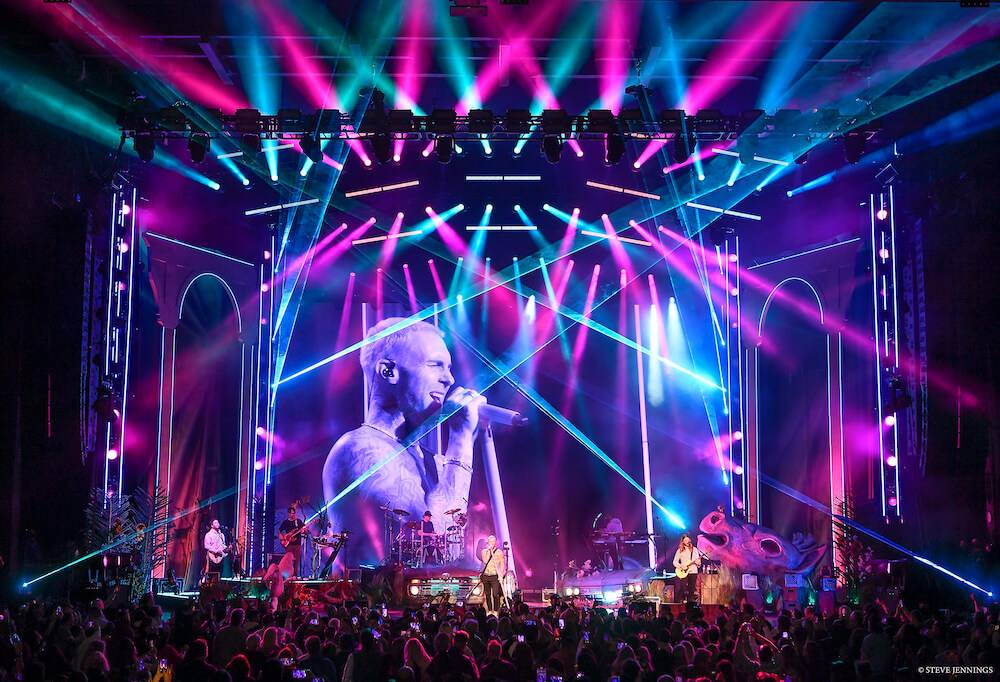 Jenkins chose theONE™ for both its versatility and powerful output capabilities: “We specifically needed a hefty, high-output unit for the outdoor amphitheatre shows. And theONE’s ability to produce both haze and fog is a great feature for touring. We kept the haze mode constantly running and used the fog mode frequently throughout the shows.”

Producing both fog and haze from a single generator, theONE™ is capable of generating 308 hours of haze or 20 hours of fog. It is specifically designed to give maximum, non-stop hours of haze/fog, and automatically refills its internal fluid reservoir from an external 20L (5.3 US gallons) container of MDG neutral fluid as required, so is perfect for filling those big venues.

The controllable output provided ideal coverage to accentuate the multitude of beam looks, strobes, lasers and heavy colour saturation that were a signature of Jenkins’ design during Maroon 5's high energy songs, and equally perfect for the gentler colours used on the slower tempos, all in all, brilliantly visualizing the post-apocalyptic theme of the revamped show. 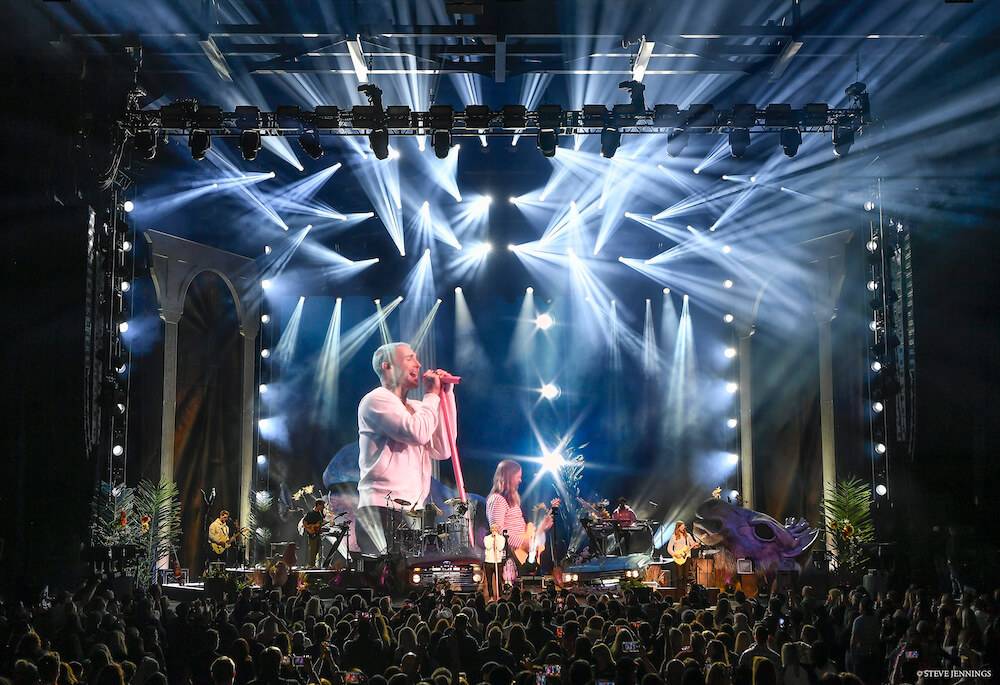 theONE™ generators travelled in their specifically designed touring cradles which made deployment and transportation a breeze: “We used them upstage left and right and with those touring cradles they simply rolled-in and rolled-out! Easy!”

Exceeding PLASA rigging standards, theONE’s touring cradle is designed for rigging, rolling and stacking and sized to fit standard trucks and containers. They are built to withstand the rigours of touring and contain everything that's needed in a single, transportable unit: theONE, its fan, a convenient tool drawer, MDG’s own 20L (5.3 US gallon) fluid container and, uniquely, all known sizes of 9kg (20lb) CO2 or N2 gas bottles.

Jenkins added, “the MDG units are really tour friendly – we carried a spare unit just in case, but normally used this when visiting larger venues or when the wind was crazy! Because the units create such a fine haze and atmosphere, I try to spec them for most of the shows that I do – it's honestly a fantastic product.”

theONE™ generators were supplied for the tour by Upstaging with support from account rep, John Huddleston. The tour’s production manager was Alan Hornall and its crew chief was Michael Green.