MDG CHATmosphere is a new series of conversations with lighting designers and people behind the scenes.

In this, the first in the series, MDG talks to award-winning French lighting designer, Pierre Claude, whose many credits include world tours with Gesaffelstein, The Strokes and Phoenix, and the ARTE Concert Festival 2020. Here he talks to MDG about his career and inspirations. 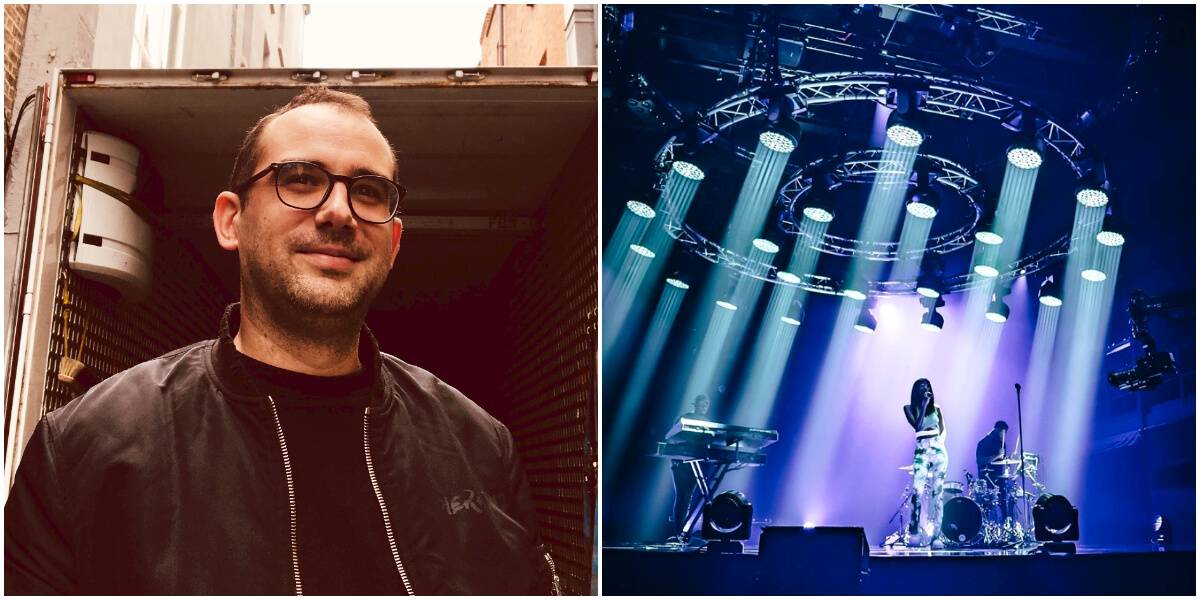 MDG: The term lighting designer covers many aspects, what does your job entail?

Claude: I mainly work with indie bands so am very involved in their scenography. As a lighting director and designer, I’m involved in all the processes of a tour from design to programming - including timecode, art direction, visuals, and technical management - and of course I am on the road!

MDG: What route have you taken to get here?

Claude: I’ve wanted to be a lighting designer since I was young. At 14 years old, I went to a PA store with a friend to get his gear fixed. While I was there, I visited the showroom which was equipped with master / slave scanners playing a show – and it was love at first sight!

I studied industrial automation at high school and, at weekends, did various event jobs in my town. My first job as a lighting designer was at the age of 18, in a holiday club for two years. I then went to work in Paris’s legendary Le Queen nightclub on the Champs Elysees where I stayed for five years. The club was incredibly well-equipped with the latest technologies for the time: nine hours a day behind the lighting desk hosting the best DJs in the world during the early 2000s was a great education! However, continually working nights is destructive in the long-term, so I turned to events for five years, and finally reached my goal of working in live music in 2013 after meeting a duo of very talented designers, Franz & Fritz. 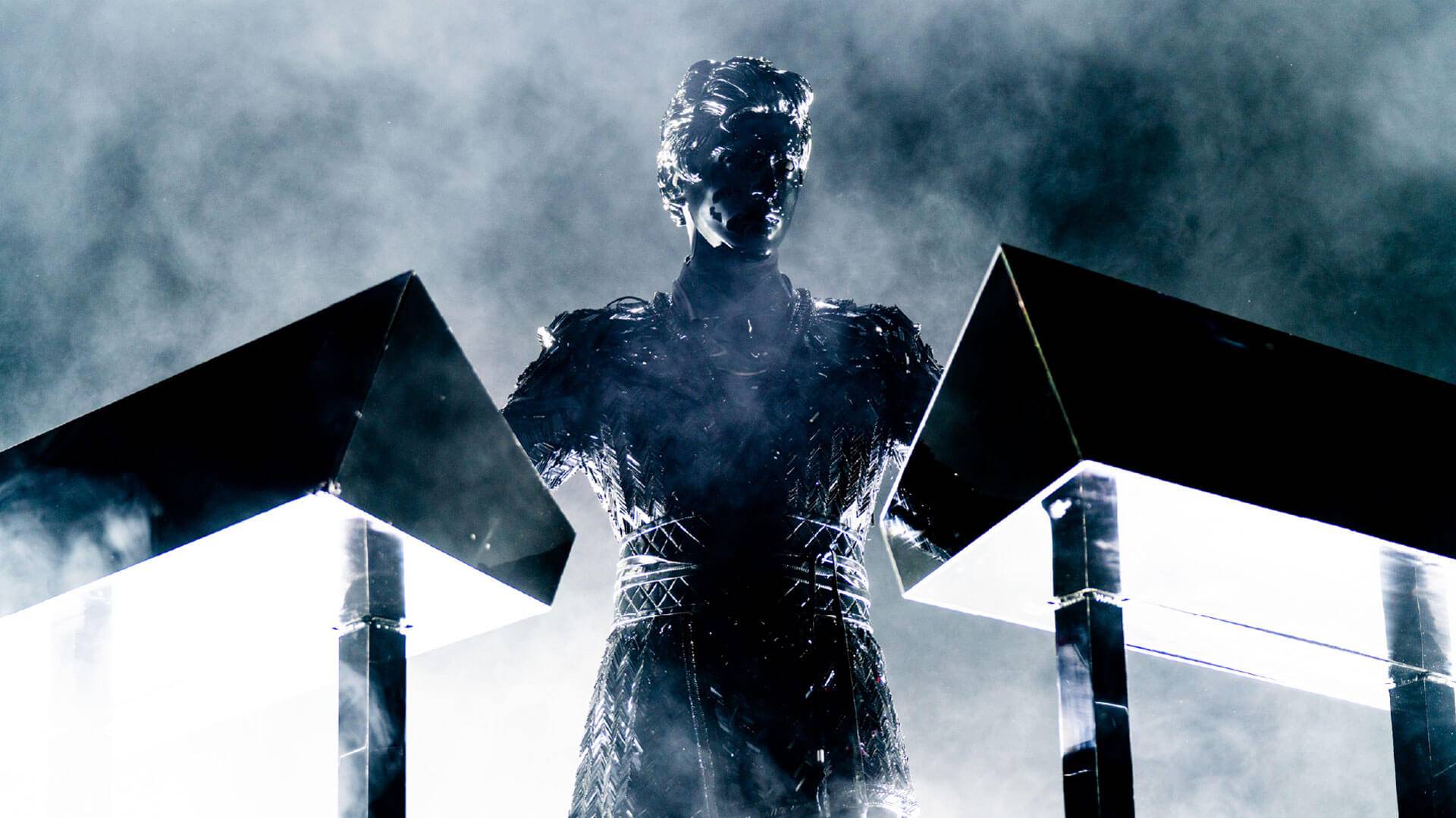 MDG: This association led to your lighting Gesaffelstein's Requiem Tour which earned you the LDI 2020 Design Achievement Award for Club Lighting. Congratulations on this great achievement! Tell us more about your design process for the tour?

Claude: Gesaffelstein is very important to me and our careers have followed similar paths since we started together in European clubs and festivals. His Aleph Tour in 2015 was my first ‘big' tour working with Franz and Fritz which reached a climax at a packed Coachella Festival that year.

Gesaffelstein’s second tour, Requiem, in 2019 was eagerly awaited, his brutal and dark style and hyper-minimalist, violent aestheticism generating much talk.

Three of us worked on the Requiem show design: Mike Lévy (Gesaffelstein), Matthias Leullier, the show producer and very talented set designer, and I. We had a big budget for this new show, which began on Coachella's outdoor stage, the same place we had left off in 2015.
Inspired by Anish Kapoor, and designed to complement the dark atmosphere of Gesaffelstein’s music, the set was coated in Vantablack, a blacker-than-black paint that absorbs almost all the light. The set had no hard edges to reflect light and gave the illusion of a black hole. We then found ourselves working back-to-front, lighting a set so that it appeared not to exist, instead of highlighting it – that’s really unusual!

The design also included the latest video and automation system, but I kept their use as simple as possible, using only solid colours or gradients on the LED screens and almost entirely white light in the show lighting.
The effect was to make the technology and the set ‘disappear’, drawing the audience’s attention away from the distracting technology that surround festival stages and into the music. It was an expensive set up and something that we would usually want to show off, but instead, we wanted the audience to lose their minds… which was a certain bet!

I want to thank LDI, the judging team, the voters and the industry for recognising the challenge. I am extremely honoured!

MDG: What are the signatures of your lighting style?

Claude: Less is more! Minimalism is important to me, but also the music synchronization. I'm not here to prove something and show off trending technologies. I'm here to highlight a band that presents their music – that’s the most important!

Basically, and my crew will attest to this, I'm adamant about precision during the load in: we constantly tweak and adapt each lantern to ensure we rig the design as perfectly as possible, in a clean and simple way with perfect symmetry. I create basic rigs, which I program without unnecessary movements, without gobos, and using monochromatic colour schemes, so all the energy is focused on the music, and only triggered by complex intensities which have been carefully considered in the programming.

By contrast, there will always be a song mid-set that’s the complete opposite to the rest of the show, with exaggerated movements or colour, yet which makes sense within this chosen song. The contrast serves to give the audience more awareness of the minimalism chosen for the rest of the show.

It makes me happy that young people who have had a blast all day at an EDM festival, full of light and special effects, will be able to appreciate a different style of show and maybe focus more on the music.

MDG: You use a lot of haze in your designs, both on stage and in the audience - what differences are there in designing for different artist genres, and types of venue/festivals?

Claude: I mainly work with two kinds of artist who are total opposites of one another.
With indie rock bands, I know the audiences want to see them play, so my approach is going to be more for background, atmospheric lighting which doesn’t take the lead.
In this environment, the stage is very busy with musicians, equipment and energy, so the fog and haze needs to be homogeneous and present on stage in just enough quantity to give depth.

For the electronic music artists, I work in a more volumetric way where the artist is the centerpiece, surrounded by a much more elaborate universe. Fog is the essential element in creating this universe - thick or fine, on stage, but also front-of-house to prolong the volumetric aspect of the beams out into the audience.

For indoor venues I can use some of the fog from front-of-house to achieve perfect homogeneity. But in festival environments it is more of a fight against the elements, both on stage and front-of-house, where we have to do the best we can depending on the wind. It’s a constant battle, but that's the game!

MDG: How does MDG fit into this scenario, and why do you like to work with MDG fog and haze generators?

Claude: I like to compare lighting to painting, white canvas to smoke. The blank canvas will eventually be filled with paint, but if the canvas is of poor quality or has holes in it, the result will be bad. In the art of lighting, a beautiful fog is our blank canvas; if it is of such good quality that we forget about it, then it's perfect. Fog is there to sublimate the light, not to take the lead. MDG gives us this perfect quality – a homogeneous haze, that is fine and controllable and not too heavy, which allows us to express ourselves - our perfect blank canvas! 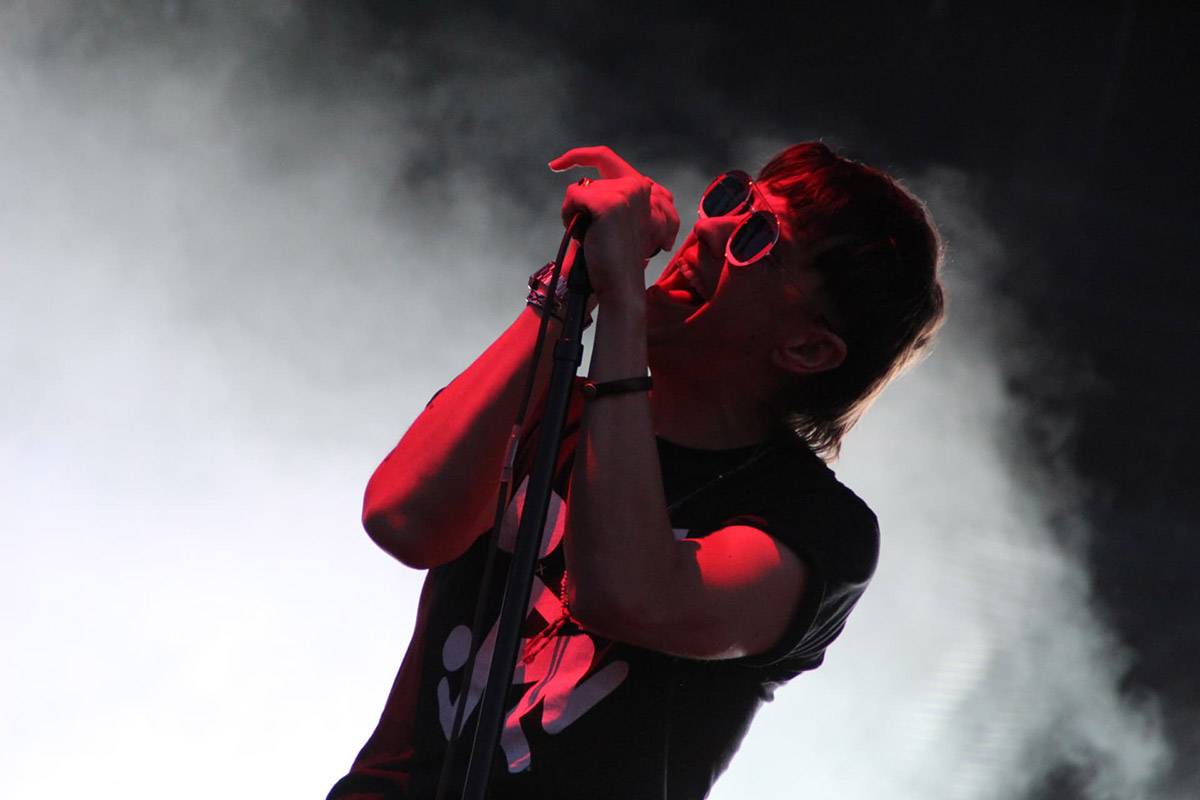 MDG: What tours and shows have you designed using MDG products?

I should have started the Boys Noize and SebastiAn tours in 2020 - SebastiAn’ tour was already programmed - but COVID closures led me, like many of us, to work on livestreams instead. I found I really liked this new aspect! I’ve worked remotely on Future Islands’ livestream, designed the ARTE festival in Paris with headliners, Sébastien Tellier, Yelle et Lous and The Yakuza, and I am currently working on a special livestream for Brodinski.

MDG accompanied me on all of these projects. While I am very flexible about the lighting fixtures offered by vendors - I understand the difficulty of constantly investing in high-end products under pressure from designers – I still ask for MDG as much as possible for the fog! It is the best haze on the market and easy for our techs to use and maintain on tour.

MDG: Which were your favourite shows and why?

Claude: My top moment was when I got the chance to work on the Phoenix World Tour from 2017 to 2019. This was an incredible technical challenge, involving a mirror that weighed several tons suspended above the band’s heads, tilted at 45 degrees. It was an amazing visual experience, as well as posing huge logistical constraints to replicate this all over the world, from small American clubs to the biggest global festivals. It was also a favourite because, for me, Phoenix are the best band ever, incredibly kind and passionate, just like their crew.

Other recent shows which have amazed me were The 1975 by Tobias Rylander, The XX by Michael Straun, Tame Impala by Rob Sinclair and Marilyn Manson by Nico Riot. All are perfect, from the music and lighting, right through to the set design. In all these shows the fog is extremely important and well managed. Agreed, all these tours have big budgets, but that doesn't take away the talent! 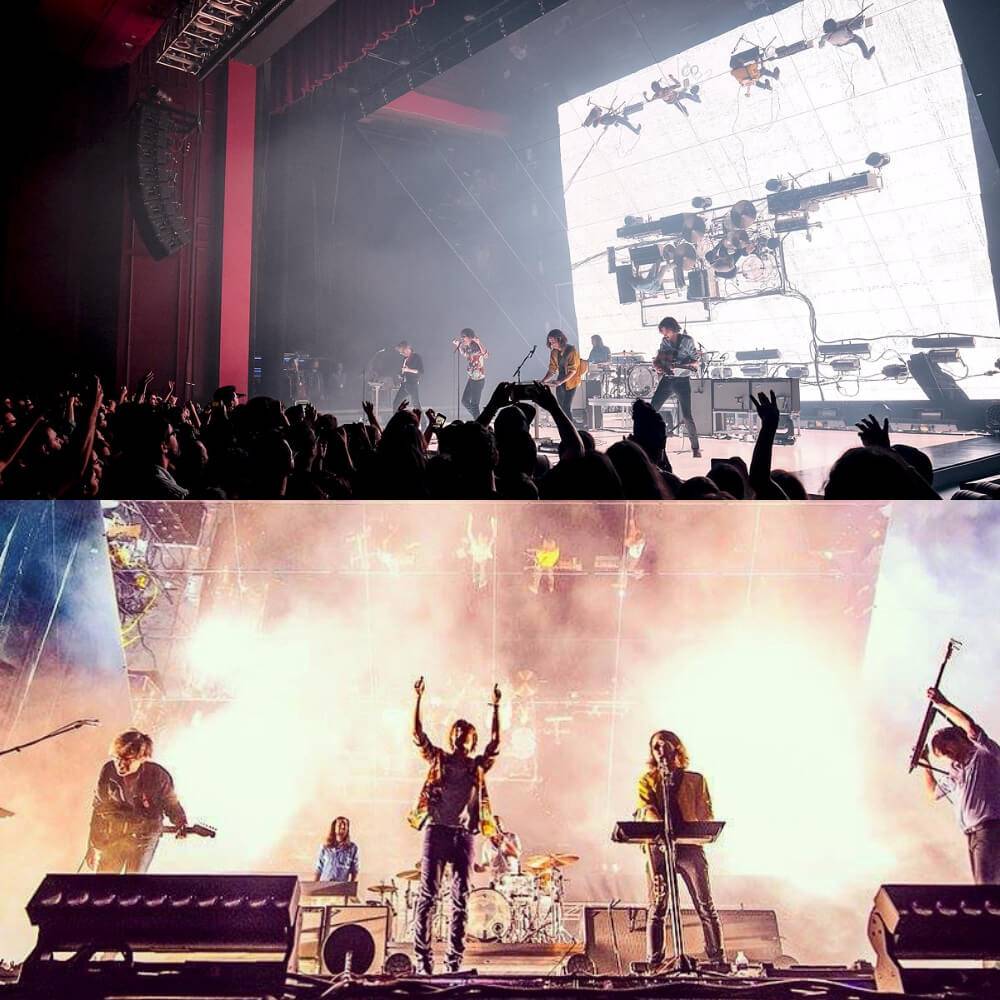 MDG: What does the future hold for you?

Claude: It depends on the what happens with Covid of course, but I'm quite optimistic, and we all want concerts back! I may work on more livestreams because I really liked the new challenge, and the working conditions are better than a festival! But there is nothing better than the energy of the crowd during a live show. It has never occurred to me to change jobs. Lighting is my passion and I hope bands will always be there to give me the opportunity to continue expressing myself. There is still so much to do!