ROBE, ROBERT JULIAT, MDG, HOG 4 AND EREIMUL TAKE TO THE RUNWAY OF THE FIRST HYBRID MBFWM WITH JUANJO SAUNIER AND FLUGE

The new edition of the Mercedes-Benz Fashion Week Madrid (MBFWM) celebrated its first hybrid edition which was marked by strict security measures and capacity control. However, this failed to prevent fashion and the promotion of national design taking their place as the great protagonists once again.

The collections of 16 established designers, including Andrés Sardá, Devota&Lomba, Hannibal Laguna and Ágatha Ruiz de la Prada, and 9 young talents made up a 72nd edition that alternated runway shows, performances and fashion films, all of which were available through the official MBFWM website. 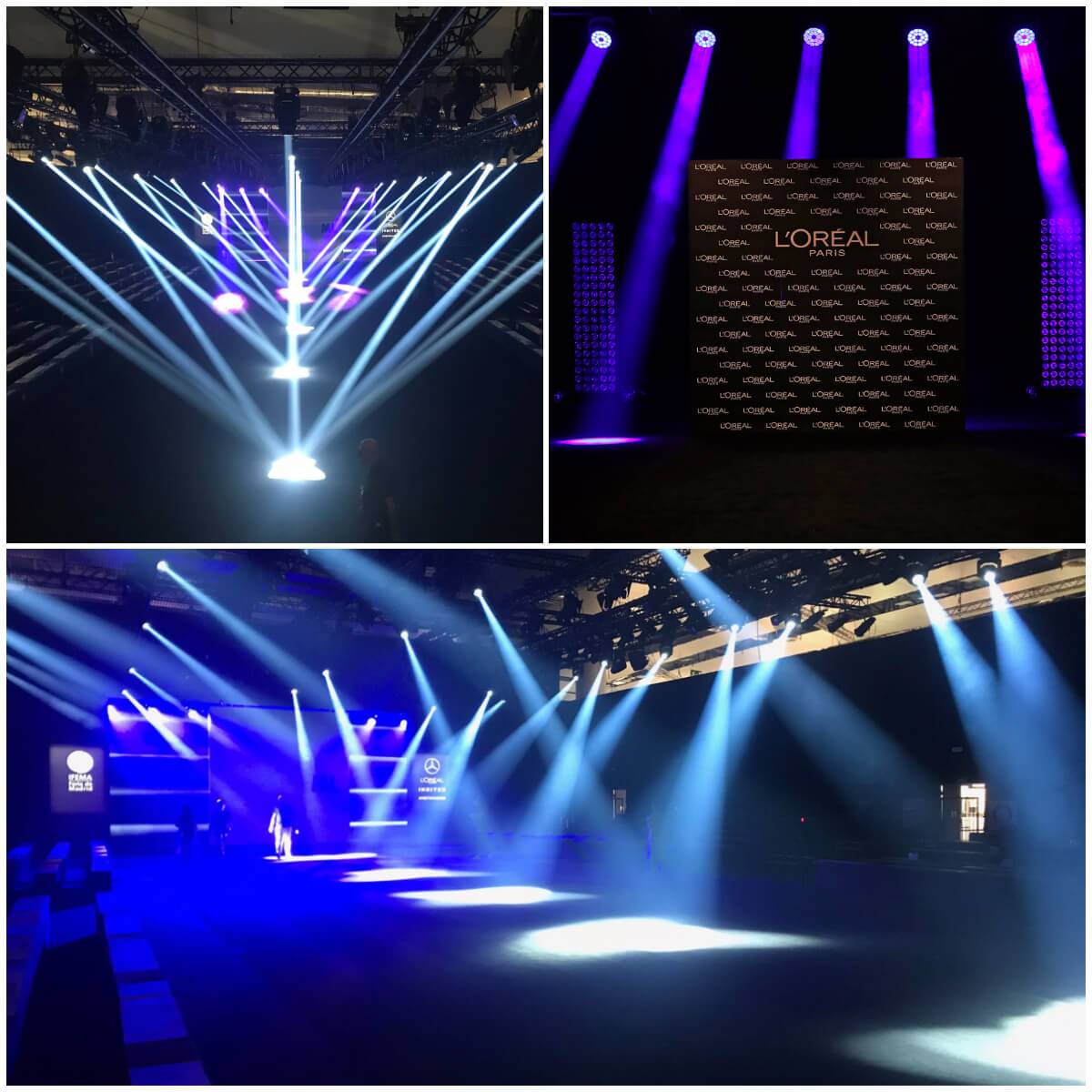 This first hybrid format once again counted on designer Juanjo Saunier as master of ceremonies – MC for approximately 10 years now - to program, light and bring a spectacular appearance to the live shows and digital experiences of this innovative edition.

To meet Saunier's challenge of "bringing a valid lighting design for each of the shows and making each one of them look different," fresh requirements were added to suit this new era. To this end, Saunier called on 38 MegaPointe, 3 RoboSpot and 3 BMFL systems, 20 LEDWash 800, 17 Spiider and 4 PATT 2013 from Robe, 3 Merlin followspots from Robert Juliat, 2 ATMOSPHERE haze generators from MDG, a Road Hog 4 and 16 Jarag 25 from Ereimul, with all equipment supplied by Fluge.

As Saunier explained, "The choice of these lighting fixtures was determined by their versatility." The MegaPoints enabled him to combine a super-bright beam for some shows with a very precise spot for others. The LEDWash 800 made it possible to create washes of extremely varied colours, and to light a 'still life' or the stage with an excellent quality of light and colour temperature.

The Spiiders, of which Saunier emphasizes the powerful light output, provided the "wow effect in the stage area", both for colour effects and as a masterful look using only white light. The BMFLs, used as backlight followspots for the models’ exits, followed them along the entire runway, and were combined with the Base Station and controlled by 3 operators ready to react to any unforeseen event. The PATT2013 provided the "hot point of contrast" and counterpoint to the cold tones of the followspots.

As far as Robert Juliat's Merlin 2500W HMI followspot is concerned, Saunier points out that it is his reference followspot for this type of event since "its zoom range and the fact that it is 'flicker-free' offers me much more versatility".

Finally, with his long experience at the controls of Hog 4, Saunier declares himself faithful to this lighting console because he feels very comfortable programming with its controls. That is why, after many years, it is still his favourite lighting desk.

The iconic pieces from the national designers, together with the new hybrid formula (live and digital) and the talent of Saunier resulted in a successful special edition of this year’s MBFWM . 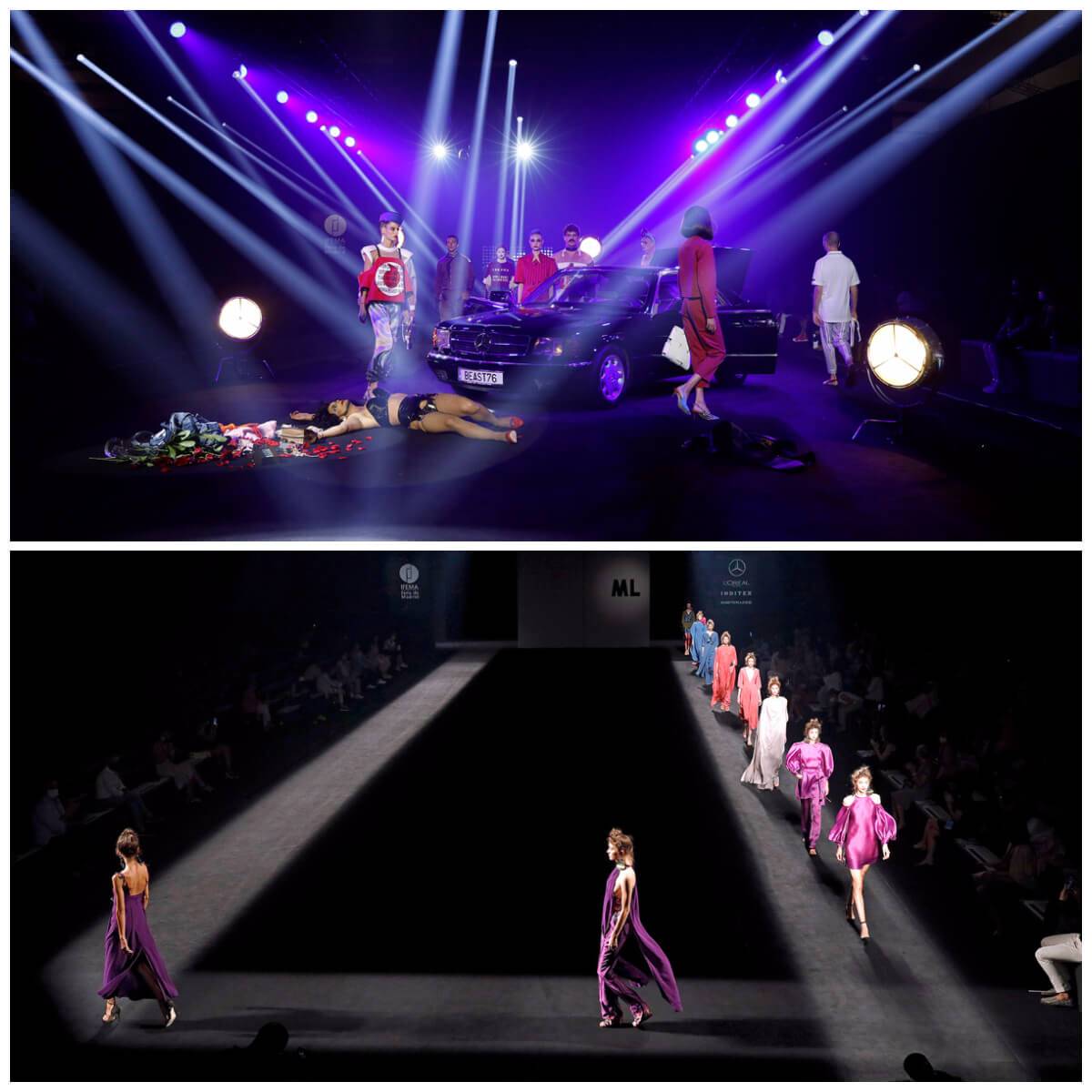